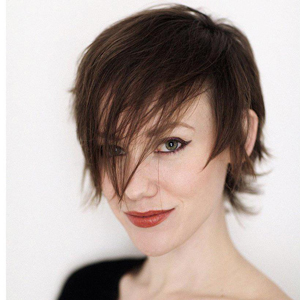 Award-winning violinist Dawn Gingrich has appeared throughout the world as a soloist and chamber musician. She has given frequent recitals at a variety of venues in New York, Chicago, Boston, and Baltimore, and has made solo appearances at the New England Conservatory, Longy School of Music, the Juilliard School, and Northwestern University. A prizewinner at the Eastern Connecticut Symphony Orchestra Young Artist Competition and at the Fischoff National Chamber Music Competition, Ms. Gingrich has participated in music festivals all over the world, including Music Academy of the West, the Thüringische Sommer-Akademie in Böhlen, Germany, the International Musical Arts Institute, and Symphony Orchestra Academy of the Pacific, where she served as concertmaster for the inaugural season.

Dawn began studying violin at the age of three with Barbara Bredemeier, and has since worked with Eric Rosenblith of the New England Conservatory, Zvi Zeitlin of the Eastman School of Music, and Laura Chen of the Philadelphia Orchestra and Boston Symphony Orchestra. In 2008, Dawn and her father Daniel Gingrich, associate principal hornist of the Chicago Symphony Orchestra, released their first collaborative CD, entitled “Time Beyond Me”, which features a performance of the Brahms Horn Trio with Heng-Jin Park, pianist and founding member of the Boston Trio. She has appeared as a soloist at Chicago’s Beethoven Festival and Evanston’s Bach Week Festival, and has performed live on WTTW’s Chicago Tonight, ABC 7 “Chicago News This Morning,” and A&E’s “The Competition”. She plays regularly with the Milwaukee Ballet Orchestra, Rhode Island Philharmonic, San Diego Symphony, Binghamton Philharmonic, Ars Viva Symphony Orchestra, and the Lake Forest Symphony.

She is currently on faculty at Suzuki Music School of Barrington and has previously served on faculty at Brooklyn Conservatory. Dawn has spearheaded and performed numerous benefit concerts for charitable organizations including the Cotlands Hospice for children living with HIV in South Africa, Jitokeze: Kenyan Women Building Sustainable Communities, and fundraisers for Congolese refugees living in the United States.