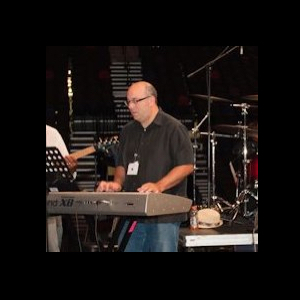 Ralph is a Chicago based keyboard player who has arranged for, produced or shared the stage with well-known artists like Buddy Guy, Ramsey Lewis, Brian McNight, Donell Jones, Stephanie Mills, David Benoit, Brian Culbertson, Steve Cole, Nelly, Speech (Arrested Development), Bobby Vinton, Martin Short, and the Chi-Lites.  He recently played on a recording session for producer Thaddis “Kuk” Harrell (Rihanna, Justin Bieber) for a new Katharine McPhee album to be released in the spring of 2015 on Columbia Records.

Ralph has written, arranged and played keyboards on hundreds of TV and Radio commercials for high profile clients such as Disney, Coke, Gatorade, Budweiser, Sony, the NFL and McDonald’s to name a few. He has recorded at the following legendary studios: Abbey Road, London with the London Symphony and Ocean Way, Los Angeles. Ralph is also a contributing orchestral arranger for music that was performed by the Chicago Symphony at Carnegie Hall in PBS’s “Great Performances” series with Peter Jennings, as well as music that made its world premiere with the CSO and soloist Daniel Barenboim at Chicago’s Symphony Center. Ralph’s compositions have been heard on the Oprah Winfrey Show, The Dr. Oz Show, and The Dr. Phil Show, among others, and one of his favorite moments came a few years ago when he played piano for the New Line movie “Unconditional Love”, and had an impromptu vocal rehearsal with Kathy Bates, Rupert Everett and Jonathan Price.

Ralph has received a Telly, a London International Advertising Award and has been nominated for a Daytime Emmy for his commercial writing. Ralph’s “day gig” is writing music for games at WMS/Scientific Games, and in that capacity he just wrote a new orchestral arrangement for Elton John’s classic song “Rocket Man” that was approved for use by Elton’s management team. Ralph has been a Bag End speaker endorsee.